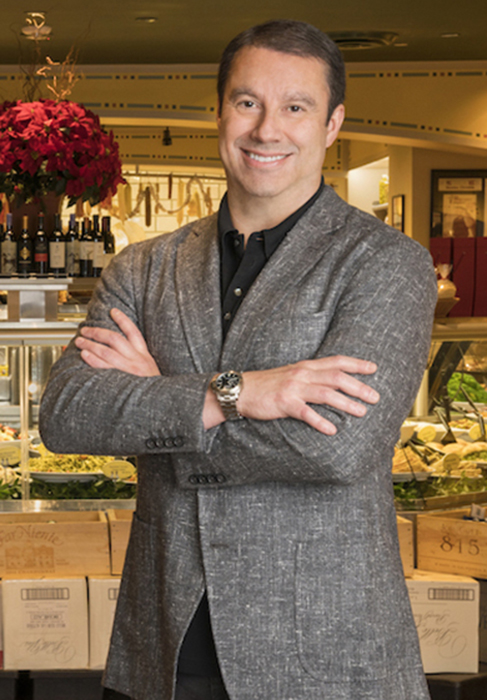 Adam Romo, CEO of Eatzi’s Market & Bakery, is a seasoned financial executive with more than 25 years of experience in the retail and restaurant industries. Throughout this career, he has held leadership roles with both established, multi-billion dollar companies and emerging, growth brands.

Upon graduating from the University of Texas at Austin, Romo began his career with KPMG LLP, an international accounting firm, ultimately specializing in its Retail Practice Group. After seven years in public accounting, Romo joined Brinker International where he worked with world-class leaders such as Norman Brinker, Phil Romano and Doug Brooks. There he held a series of financial leadership positions for national restaurant brands such as Chili’s Grill & Bar and Romano’s Macaroni Grill.

In 1996, Romo joined Phil Romano as the CFO of Eatzi’s Market & Bakery. After three years with the brand, Romo moved to Los Angeles to work for a pre-IPO, multimedia technology start-up. In May 2011, Romo joined Eatzi’s once again, this time to lead the company’s strategic expansion efforts as CEO. Since then, he has been instrumental in the growth and success of the concept. As a result, the company opened its sixth store in October 2017. In today’s data-driven economy, Romo credits his strong financial and analytical foundation as a key contributor to the company’s success.

Recognized for his success with the Eatzi’s brand, Romo’s many awards, accomplishments and acknowledgements include:

Passionate about fighting hunger, Romo currently serves on the board of directors for Hunger Busters, a charitable organization committed to feeding local children in need.