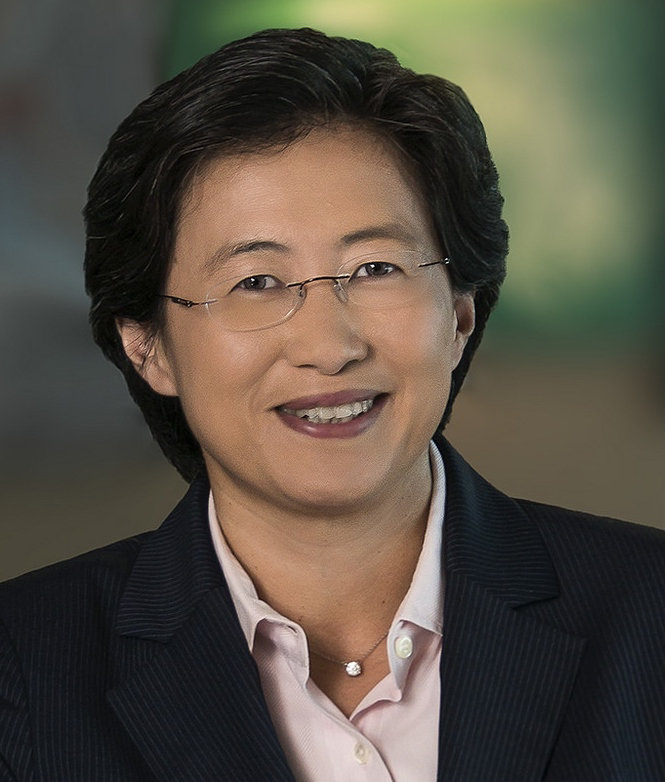 Dr. Lisa T. Su is AMD president and chief executive officer, a position she has held since October 2014, and serves on the AMD Board of Directors. Previously, from July 2014 to October 2014, she was chief operating officer responsible for integrating AMD’s business units, sales, global operations and infrastructure enablement teams into a single market-facing organization responsible for all aspects of product strategy and execution. Dr. Su joined AMD in January 2012 as senior vice president and general manager, global business units and was responsible for driving end-to-end business execution of AMD products and solutions.

Prior to joining AMD, Dr. Su served as senior vice president and general manager, Networking and Multimedia at Freescale Semiconductor, Inc. (a semiconductor manufacturing company), and was responsible for global strategy, marketing and engineering for the company’s embedded communications and applications processor business. Dr. Su joined Freescale in 2007 as chief technology officer, where she led the company’s technology roadmap and research and development efforts.

Dr. Su spent the previous 13 years at IBM in various engineering and business leadership positions, including vice president of the Semiconductor Research and Development Center responsible for the strategic direction of IBM’s silicon technologies, joint development alliances and semiconductor R&D operations. Prior to IBM, she was a member of the technical staff at Texas Instruments Inc. in the Semiconductor Process and Device Center from 1994 to 1995.

Dr. Su has bachelor’s, master’s and doctorate degrees in electrical engineering from the Massachusetts Institute of Technology (MIT). She has published more than 40 technical articles and was named a Fellow of the Institute of Electronics and Electrical Engineers in 2009. In 2018, Dr. Su was elected to the National Academy of Engineering and received the Global Semiconductor Association’s Dr. Morris Chang Exemplary Leadership Award. In 2019, Dr. Su was named one of the World’s 50 Best CEOs by Barron’s, one of the “Most Powerful Women in Business” by Fortune Magazine and she was included in The Bloomberg 50 list of people who defined the year. In 2020, Fortune named Dr. Su #2 on its “Business Person of the Year” list, she was elected to the American Academy of Arts & Science, received the Grace Hopper Technical Leadership Abie Award, and was honored by the Semiconductor Industry Association with its highest honor, the Robert N. Noyce Award. Dr. Su has been a member of the board of directors of Cisco Systems, Inc., since January 2020. She also serves on the board of directors for the Semiconductor Industry Association.